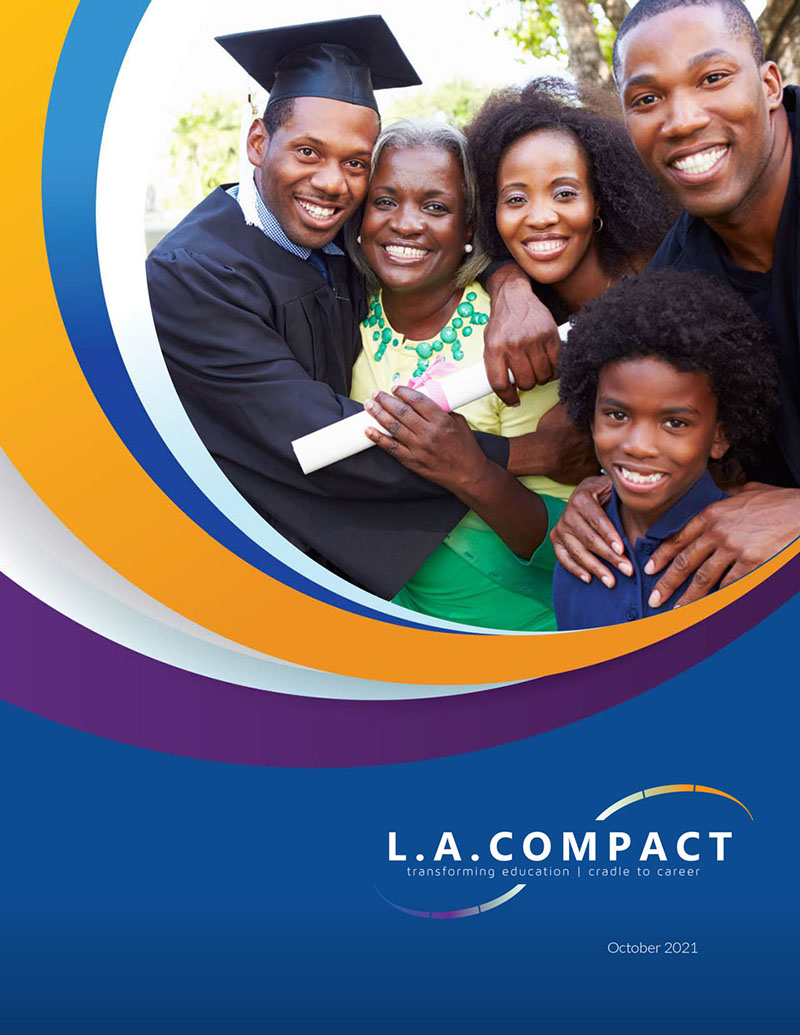 History of the Partnership Agreement

In 2008, education, business and civic leaders in Los Angeles were discouraged by the poor student outcomes in LAUSD. In 2008, only 48 percent of high school students graduated within four years and only 12 percent completed the academic requirements to enroll in a four-year college in California. Los Angeles wanted to improve educational outcomes, but everyone had different ideas regarding what it would take to achieve success. Without agreement on a common strategy and overarching goals, these groups would continue to operate in separate and often conflicting silos. Like many other communities, placing blame and pointing fingers became more common than working towards tangible solutions.

UNITE-LA has a strong reputation as a trusted intermediary and neutral broker between civic institutions. UNITE-LA began to leverage this convening role to bring cross-sector leaders together around the idea of developing a different approach to tackling Los Angeles' systemic education challenges.

L.A. education leaders formed a small working group in 2008 to discuss the creation of a collaborative framework for education improvement. The idea for an L.A. Compact was born. Though many communities were beginning to develop P-16 or P-20 coordinating councils at the time, the L.A. Compact differed both in the breadth of its engagement of stakeholders in Los Angeles and in the depth of each partner's commitments to the collaborative agenda. The idea of the L.A. Compact moved beyond simple coordination of efforts to shared accountability for the success of all students in Los Angeles. 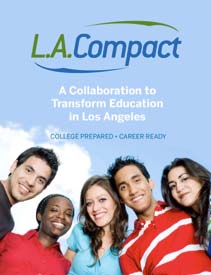 In 2010, 19 Los Angeles institutions signed the L.A. Compact Partnership Agreement. The agreement delineated three ambitious, systemic goals and eight collaborative strategies, and identified several metrics to regularly track progress in achieving these goals. Each partner also made specific commitments on behalf of their institution to advance the Compact's goals. 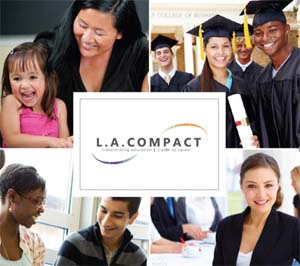 In 2014, the L.A. Compact released an updated Compact 2.0 agreement, expanding the number of signers from 19 to 23. The additions of First 5 LA, the L.A. County Board of Supervisors and L.A. County Office of Education as signers also expanded the Compact's mission from a "college and career ready" focus to a truly "cradle-to-career" initiative.

The agreement was further revised in 2017.

In 2021, 24 Los Angeles organizations and institutions signed on to a new Compact 3.0 agreement, committing to work collaboratively in pursuit of five updated goals: